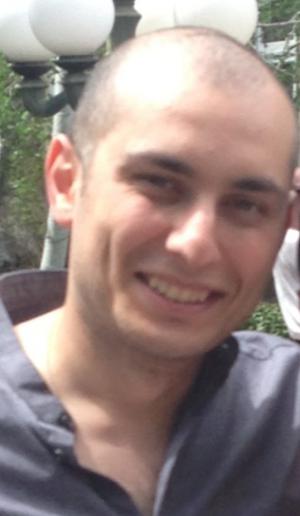 Prof. Davit Harutyunyan received his Ph.D. in 2012 from the University of Bonn, under the supervision of Prof. Stefan Müller. Prior to joining UCSB, Dr. Harutyunyan held postdoctoral positions at Temple University, at the University of Utah, and at the Swiss Federal Institute of Technology in Lausanne (EPFL). Dr. Harutyunyan's research interests are very diverse, ranging from the Calculus of Variations, to Continuum Mechanics, Homogenization, Composite Materials, Metamaterials, Materials Science and Micromagnetics, among other topics.

As a high school student, Dr. Harutyunyan already received national recognition when he was awarded the Republic of Armenia Government House Medal in the year 2000. He received several Bronze and Silver medals in the International Mathematical Olympiads (IMO), and received a gold medal in the ISMO in 2005.

That same year, Dr. Harutyunyan was awarded the Best Student of Yerevan State University Award. More recently, he has received the Emil Artin Junior Prize in Mathematics.  Established in 2001, this prize is presented every year to a former student of an Armenian university, who is under the age of thirty-five, for outstanding contributions in algebra, geometry, topology, and number theory, the fields in which Emil Artin made major contributions.